Dallas Women Lawyers Association (DWLA) is pleased to announce the recipients for the organization’s 2020 Annual Awards Reception. Our honorees represent an outstanding group of legal and community leaders.

DWLA’s Awards will be presented on Wednesday, October 28. More details to come. 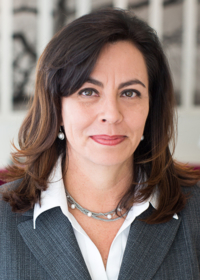 Hilda Galvan is the Partner-in-Charge at the Jones Day Dallas office. She is a nationally recognized trial lawyer, has represented technology companies in intellectual property litigation in courts across the country for more than 25 years. She has served as lead counsel in the enforcement of patent portfolios as well as defense of infringement allegations. Her cases have involved various technologies, including electronics, software wireless communication, and semiconductor processes, among others.

Hilda was named 2019 Lawyer of the Year: Litigation-Patent by The Best Lawyers in America. IAM magazine identified Hilda as a “powerhouse litigator” and lauded her “extensive experience in big-ticket patent litigation.”

Hilda places a high priority on community service. She is past Chair of the Board of the Dallas Regional Chamber, the first Hispanic in that role.  She is Chair-Elect of the Texas Women’s Foundation and on the Executive Committee for the Center for Women in Law.  Hilda also serves on the Board of Trustees of the University of Texas School of Law, SMU Lyle School of Engineering, the Dallas Theater Center, Parkland Hospital Foundation, AVANCE, and the Dallas Hispanic Law Foundation. In 2019, Hilda received the AJC Dallas Human Relations Award.  Hilda is Partner-in-Charge of the Dallas Office of Jones Day and serves on the firm’s Advisory Committee. 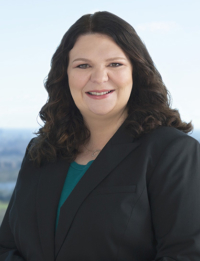 Sarah York is the General Counsel of Hudson Advisors, responsible for the overall legal and compliance functions of the firm globally. Additionally, she oversees tax structuring and has more than 14 years of experience in corporate transactions.

Sarah joined Hudson in April 2014 and has held various positions, including Managing Director and Deputy General Counsel and Vice President and Counsel with a focus on European transactions and related matters. Prior to joining Hudson, Sarah was a senior associate in the Dallas, Texas, office of Baker Botts LLP, where she advised on various corporate transactions, with a particular focus on M&A transactions for clients in a variety of industries.

Sarah holds a bachelor’s degree in economics and political science from the University of Kansas. She earned her J.D. from the Duke University School of Law. 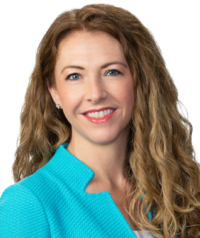 Samantha serves as Membership Director, Dallas Chapter of Society for Corporate Governance, and serves on the Board of Directors for Boys and Girls Club of Greater Dallas and Business Council for the Arts.

Samantha has a B.A., Political Science & Economics, University of Richmond 1995 and J.D., The University of Texas School of Law 1999 with honors. 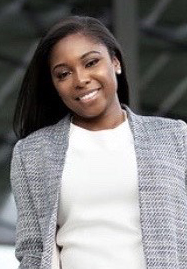 For two years she served as both the JLTLA Social Media Chair and the Board Liaison to DAYL. She also served as Treasurer for the African American Lawyers Section of the State Bar of Texas, member of the Dallas County DA Citizens Advisory Board, and General Counsel for the National Organization of Black County Officials.

Koi received a Bachelor of Arts in Public Policy from Southern University Baton Rouge, and a J.D. from the University of Tennessee College of Law. In 2018, she also received an M.S. in Government Contracts and Certificate in Project Management from the George Washington University. 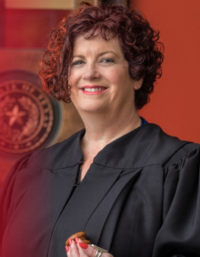 Judge Goldstein currently presides over the 44th District Court in Dallas County and was first elected in 2014. She has more than 25 years of combined legal and judicial experience. She is campaigning for the Fifth District Court of Appeals, and will appear on ballots in 2020 in Dallas, Collin, Grayson, Hunt, Kaufman and Rockwall counties. She has also served as a municipal judge for Cockrell Hill, Royse City and Dallas 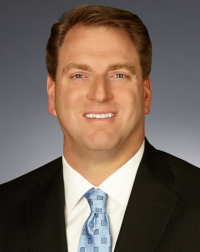 Paul Genender is a partner in the Weil’s Complex Commercial Litigation practice group and is the leader of Weil’s Litigation practice in Dallas. He is a seasoned trial lawyer with an established track record of courtroom experience representing plaintiffs, defendants, debtors and creditors.

Outside of his active practice, Mr. Genender is involved in several of the Firm’s initiatives focused on diversity, inclusion, and attorney advancement. Presently, he serves as Co-Chair of the Firm’s Taskforce on Women’s Engagement & Retention (TOWER), and sits on the Firm’s Diversity Committee.

Mr. Genender also is actively engaged as a leader in a number of professional, civic, and educational organizations including Board of Visitors of Duke University School of Law and on the Alumni Board of St. Mark’s School of Texas, for which he currently serves as President. In 2019, he also was elected to the Board of Trustees of St. Mark’s School of Texas. Since 2010, he has served on the Board of Trustees of Temple Emanu-El in Dallas and has chaired its legal committee since 2011 (providing pro bono counsel). In 2019, he received the President’s Award from Paul Quinn College, a historically black college in Dallas, Texas, for his “outstanding contribution and support” of the school’s mission.

Additionally, Paul has held a number of leadership positions within the Dallas Bar Association, including Vice-Chair and Co-Chair of the Bench Bar Committee and the Judiciary Committee. He is a 2007 graduate of the Leadership Dallas Class of the Greater Dallas Chamber of Commerce, and served as one of three class advisors to the 2008 Leadership Dallas Class. He has also been actively involved with the Texas General Counsel Forum, where he has served on the Board of Directors of the Dallas-Fort Worth Chapter since 2005, co‑chaired the Membership Committee from 2009-2010 and in 2015, and co-chaired the annual conference in 2010 and 2017. Mr. Genender also served on the Council of the State Bar of Texas’ Antitrust and Business Litigation Section from 2006-2010, and is a Fellow of the American Bar Foundation, the Texas Bar Foundation, and the Dallas Bar Foundation. In 2020, he was appointed to the Board of Directors of the Dallas Women Lawyers Association (DWLA) Foundation.

“It is a pleasure to recognize this year’s honorees at our Annual Awards Reception. Our 2020 recipients are an outstanding group of leaders in the DFW legal community. It is an honor to celebrate them for representing the values of our mission to elevate the standing of women in the legal profession,” says Stephanie Gause Culpepper, President, Dallas Women Lawyers Association.