Dallas Women Lawyers Association (DWLA) is pleased to announce the recipients for the organization’s 2021 Annual Awards Reception. Our honorees represent an outstanding group of legal and community leaders.

DWLA’s Awards will be presented virtually on Wednesday, October 27. More details to come. 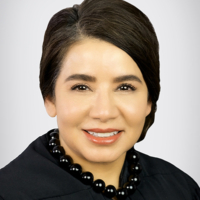 Irma Carrillo Ramirez was sworn in as United States Magistrate Judge for the Northern District of Texas, Dallas Division, on September 9, 2002. In that role, she handles federal civil cases, matters and motions in a wide variety of areas, as well as criminal preliminary felony proceedings, motions, and trials and sentencings in misdemeanor and petty offense cases.

Prior to her appointment, she served as an Assistant United States Attorney for the Northern District of Texas, Dallas Division, where she spent time in both the criminal and civil divisions. Before joining the United States Attorney’s Office, she was an associate attorney in the general commercial litigation section of the law firm of Locke Purnell Rain Harrell L.L.P.

She received her law degree in 1991 from Southern Methodist University School of Law, Dallas, Texas, where she was a Sarah T. Hughes Diversity Fellow. She received a Bachelor of Arts degree from West Texas State University, Canyon, Texas, in 1986. 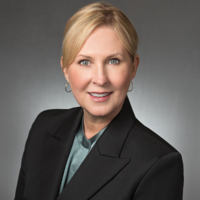 Prior to Colfax‚ she was a Partner with the law firm of Hogan Lovells. Her experience includes a broad range of corporate and transactional matters‚ including mergers and acquisitions‚ venture capital financings‚ debt and equity offerings‚ and general corporate and securities law matters. Before entering the practice of law‚ Ms. Puckett worked for the U.S. Central Intelligence Agency and a major U.S. defense contractor.

Ms. Puckett holds a J.D. from the University of Maryland School of Law and a B.S. degree from James Madison University. 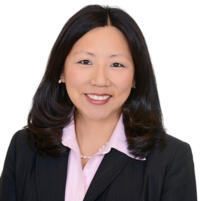 Scarlet McNellie is Norton Rose Fulbright’s US Head of Corporate, M&A and Securities.

Scarlett has a JD, from the University of Texas School of Law (2003) and a BA, Economics at Dartmouth College (2000) 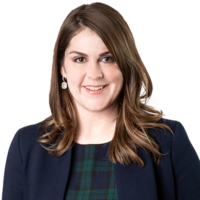 Haleigh Jones is an attorney with Crawford, Wishnew Lang. She has broad commercial litigation experience representing both plaintiffs and defendants at every stage of lawsuits involving breach of contract, breach of fiduciary duty, fraud, business divorce, and real estate.

The most important component of Haleigh’s practice is service to others. She is an attentive and zealous advocate for her clients, as well as a servant of the local and state bar. She serves as the Treasurer of the 2021 Dallas Association of Young Lawyers, she chairs several committees of the Dallas Association of Young Lawyers, and has participated in multiple leadership classes hosted by the State Bar of Texas and local bar associations. Haleigh also volunteers her time to coach SMU law students in moot court programs that compete nationally.

The advocacy skills Haleigh developed in law school have played a fundamental role in Haleigh’s ability to earn recognition and results early in her career. She is known for her ability to communicate effectively with courts in writing and in argument. Those skills have earned her recognition on D Magazine’s List of “Best Lawyers Under 40” since 2020 and on Thomson Reuters’ list of “Rising Stars” in the area of business litigation since 2019.

Prior to attending law school, Haleigh studied Spanish and Political Science at the University of Cincinnati, and worked in D.C. for Cincinnati Congressman Steve Chabot of the First District of Ohio. She joined Crawford, Wishnew & Lang PLLC after clerking for the Honorable Justice Douglas Lang of the Fifth District Court of Appeals of Texas and beginning her practice at an American Lawyer top-50 firm. 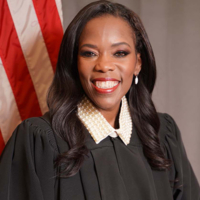 The Honorable Audrey F. Moorehead is the first woman elected Judge of Dallas County Criminal Court No. 3. Based in Dallas for fourteen years, Judge Moorehead had her own practice specializing in Criminal Defense, Domestic Relations, Wills, Trusts and Probate. She is the 2021 President-Elect for the Texas County Court at Law Judges Association. She began her professional career in executive management with the Visiting Nurse Association of Texas. She was a Judicial Clerk for the Honorable Judge Jay Patterson, 101st District Court and Judicial Intern for the Honorable Judge Sam A. Lindsay, Northern District of Texas. 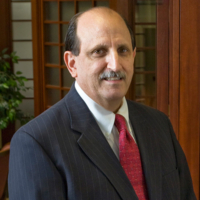 During his 25 years as a corporate finance partner at Haynes and Boone, Paul Amiel has helped CEO’s, CFO’s, private equity sponsors and lenders of every type negotiate, document and close billions of dollars of debt financings. Clients who rely on Paul to represent them in these critical negotiations, whether they are small business owners, public companies, local financial institutions or large money-center banks, value his broad experience in all types of debt, his knowledge of market trends, his practical approach to negotiations and most of all his commitment to understanding and focusing on the client’s goals.

Paul’s experience early in his career representing Texas banks, savings and loan associations and other financial institutions in structuring and documenting loan transactions and workouts has given him the knowledge to successfully represent his corporate and private equity clients as they negotiate financing transactions with their lenders – transactions which are frequently vital to the continued success of their operations. Paul has broad experience in documenting and negotiating senior secured and unsecured debt, second lien loans, mezzanine investments and other forms of subordinated debt, as well as all forms of acquisition financing. Paul also represents clients in drafting and negotiating various types of commercial contracts and counseling them on general corporate matters. Paul’s technical experience, coupled with his practical approach, has won him the respect of both his peers and his clients.

Prior to commencing his legal career with Haynes and Boone, Paul spent six years as a naval officer serving on Admiral Rickover’s staff at the United States division of Naval Reactors, learning firsthand the importance of commitment to ideals and a rigorous approach to one’s vocation. This training helped Paul recognize that understanding a client’s business and goals is equally as important as technical legal skills. With a finance degree from Notre Dame, an MBA from George Washington University and a law degree from University of Virginia, Paul has the educational background and knowledge necessary to fully comprehend the challenges of operating a successful business in today’s challenging business environment.

Paul has served as a member of the board of directors of several local charitable organizations. He has been involved with many of Haynes and Boone’s internal committees, and served as the firm’s chief information officer for more than 20 years.

“It is an honor to celebrate this year’s recipients at our Virtual Awards Reception. Each recipient expemlifies the values of our mission to elevate the standing of women in the legal profession. It is a pleasure to recognize them for their legal achievements and their involvement in the community,” says Jennifer A. King, President, Dallas Women Lawyers Association.