Dallas Women Lawyers Association (DWLA) is pleased to announce the recipients for the organization’s 2022 Annual Awards Reception. Our honorees represent an outstanding group of legal and community leaders.

DWLA’s Awards will be presented on Tuesday, November 1, 2022 at the Omni Dallas Hotel. More details and registration coming soon. 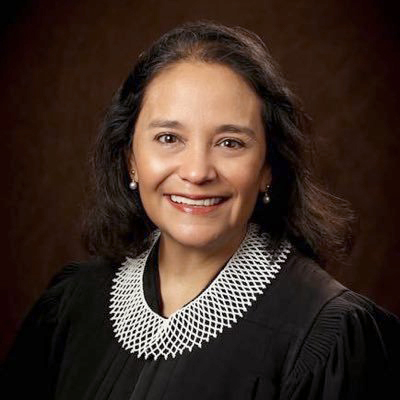 Justice Dennise Garcia has been a Texas judge for over 16 years. She was elected to the 5th District Court of Appeals on November 3, 2020. At the time of her election to the Court, Justice Garcia had presided over thousands of trials as Judge of the 303rd District Court. Over her judicial career, she was selected by her colleagues to be Presiding Judge of all Dallas County Family District Courts for two terms. She is double board certified in Family law and Child Welfare law.

Justice Garcia is active in the legal community. She currently serves on the Texas Supreme Court Family Law Advisory group for pandemic issues, the State Bar Committee on Disciplinary Rules and Referenda, and the State Bar Pattern Jury Charge Family/Probate committee. She participates as member in several legal organizations such as the Annette Stewart Inn of Court, the Texas Bar College, and the Dallas Bar Association.

She has a long history contributing to legal education. She previously served on the Bench Book Committee for the Texas Center for the Judiciary, and the Texas Advanced Family Law Course planning committee for the State Bar. Justice Garcia has also taught Family Law and Texas Matrimonial Property at SMU’s Dedman School of Law as visiting faculty. She is active on the Texas legal speaking circuit for organizations such as the State Bar, the Texas Center for the Judiciary, and the Texas Bar College. Over the years she has written and taught on topics such as family law, child welfare, legal ethics, litigation strategy, discovery, evidence, judgments, mental health in the legal profession, and docket management.

Justice Garcia is respected by her peers and colleagues. During her time on the bench, she was recognized as an Outstanding Jurist by the Texas Chapter of the American Academy of Matrimonial Lawyers, and was previously named Best Judge by Dallas Observer. She has twice been awarded the Merrill Hartman Judicial Pro Bono Service Award.

Prior to taking the bench, Justice Garcia worked in private practice for 10 years and during that time was recognized as a Texas Super Lawyer, was selected for inclusion in the Best Lawyers in America by Woodward/White Inc., and held an AV rating from Martindale-Hubbell. In 2003 and 2004, she co- authored and updated an article that received the Best CLE article award from the College of the State Bar of Texas. 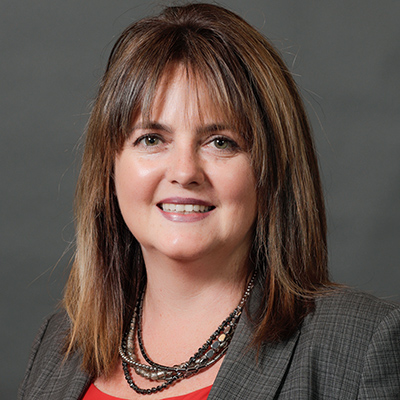 Jennifer Evans Morris serves as Vice President – Associate General Counsel at AT&T, where she is responsible for all commercial and labor and employment litigation including class actions, arbitrations, investigations, and commercial and personal injury litigation. Prior to joining AT&T in 2014, Jennifer was a partner at the Dallas law firm Carrington Coleman.  When she left, Jennifer was the head of the Real Estate and Construction Litigation Group and a leader in the Securities Litigation Group.

Jennifer is a frequent CLE speaker and writer on effective advocacy, including preparing witnesses for depositions and trial, conducting arbitrations, privileged in-house communications, effective electronic communications for employees, and the basics of law practice.

Jennifer is a committed mentor and champion of young women.  She has demonstrated her commitment through leadership to a variety of organizations that help women and children.  Jennifer currently serves as a trustee and on the Executive Committee for the Texas Bar Foundation Board and is on the Council for the State Bar of Texas Corporate Counsel Section. She was Chair of the Board, and served on the Board, of Community Partners of Dallas for over a decade. She served on the board of the Dallas Women’s Foundation for six years and is a former Texas Young Lawyers Association President and Board Member of the Texas Bar Association.  As President of TYLA, she created The Little Voice – Recognizing Child Abuse and Your Obligation to Report It. www.tyla.org/tyla/index.cfm/projects/the-little-voice/  She also played a pivotal role in developing, writing, and filming They Had a Dream Too – Young Leaders of the Civil Rights Movement, an Emmy® award-winning film highlighting the role young people played in the Civil Rights Movement.

Jennifer enjoys travelling and learning about food and wine with her husband, Thomas, who is a recovering lawyer and private chef. 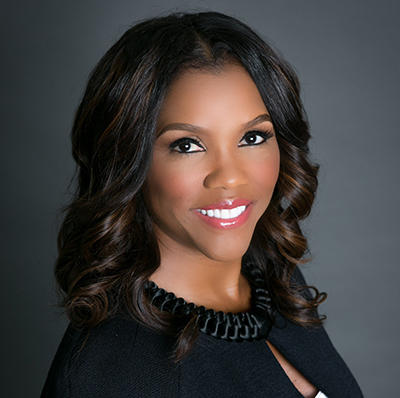 Veronica S. Moyé is a partner in Gibson Dunn Crutcher’s Dallas office and Co-Chair of the Firm’s Global Litigation Practice Group.  She serves as lead counsel on highly complex matters in a wide variety of disciplines, including antitrust, intellectual property, class actions, and commercial/business disputes.  She currently serves on the Firm’s Executive Committee and has previously served a term on both the Firm’s Management and Executive Committees.  She is nationally recognized for her abilities and accomplishments as a trial lawyer.

Ms. Moyé received her law degree from Harvard Law School in 1986.  She holds a S.B. in Chemical Engineering from Massachusetts Institute of Technology, where she graduated in 1983.

Ms. Moyé is admitted to practice in the state courts of New York, New Jersey and Texas.  She is also admitted to practice in the United States Supreme Court; U.S. Courts of Appeal for the Third, Fifth, and Eighth Circuits; U.S. District Courts for the Southern District of New York and the Northern, Southern, Eastern and Western Districts of Texas. 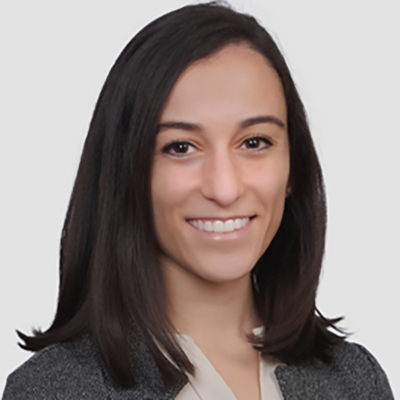 Raha Assadi is an associate in the Dallas office of Jackson Lewis P.C. Raha represents employers in workplace law matters, including preventive advice and counseling.

Raha’s practice includes preparing and developing company policies and procedures, employee handbooks, and other employment-related documents to ensure her clients are current and compliant with federal, state, and local laws. Raha also advises employers on best practices for mitigating the risks associated with employee discipline and separation and for developing recordkeeping practices that are useful for defending any claims that may arise.

During law school, Raha interned for two state judges in Dallas and interned at the Los Angeles office of the Equal Employment Opportunity Commission. 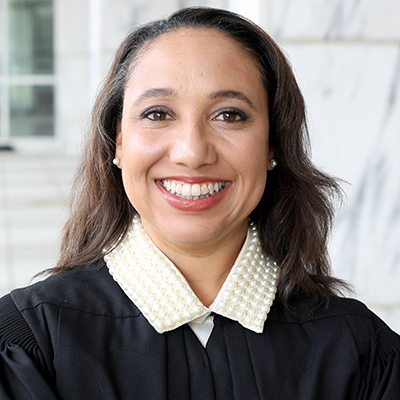 Justice Erin Nowell was elected to the Fifth District Court of Appeals in 2018. Justice Nowell is no stranger to prosecuting claims and defending lawsuits, having spent time on both sides of the courtroom. She began her career at a nationally recognized plaintiffs’ firm specializing in toxic-tort litigation where she developed the skills to manage and litigate large-scale mass torts.

In 2007, Justice Nowell joined an international firm to explore other avenues of litigation and quickly developed an interest in class action litigation. She cultivated significant experience by participating in the defense of several class action cases in federal courts throughout the country. In early 2010, Justice Nowell returned to a plaintiffs’ practice, again specializing in mass torts and catastrophic injury cases.

While in private practice, Justice Nowell was actively involved in the Dallas legal community, serving on various committees and boards. She is a member of the Dallas Bar Association and previously served on its Board of Directors. She has also served as chair of the Public Forum Committee, vice-chair and chair of the Minority Participation committee, vice-chair and chair of the Admissions and Membership committee, and co-chair of the Equal Access to Justice Campaign. She is also a past president of the J.L. Turner Legal Association.

Justice Nowell was selected as a Texas Monthly Magazine Super Lawyers Rising Star in 2015, 2016 and 2017. She was also named one of the National Bar’s Association Top 40 Advocates under 40 in 2016, and received the Texas Women Lawyers’ Rising Star Award in 2018. 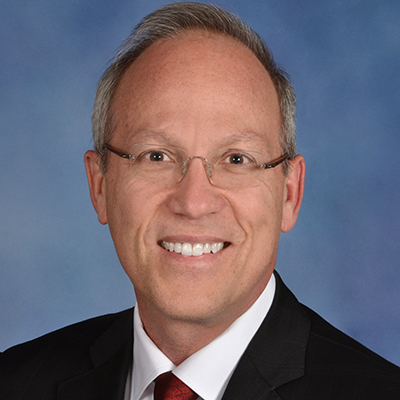 John Torres is the chief legal officer for Lennox International.

Prior to joining Motorola, Torres spent 13 years in private practice in Phoenix, specializing in commercial law. He holds a B.A. from Notre Dame and a J.D. from the University of Chicago.

“Each of our recipients has impacted women within the profession in a uniquely positive way, and they are all deserving of their respective recognition,” said DWLA President, Marisa O’Sullivan. “This year’s reception will be a special opportunity to highlight those leaders that truly endeavor to elevate the standing of women lawyers.”